The iconic Silverton Hotel is undoubtedly the heart and soul of the town.

Sitting in the centre of the town the iconic pub has maintained its laid-back country life style even as it  as flourished into one of the most filmed and photographed Hotel’s in the country.

A large range of Cold beers and wines are available, Great Pub Tucker menu operates all day supported by the Famous Silverton Hotel Hot Dogs the beer garden and veranda’s can cater for large and small groups, including wedding receptions, with full services available from the Hotel.

Publicans Peter & Patsy Price and staff are always happy to share local knowledge with visitors, as well peruse the memorabilia in the hotel. A good range of souvenirs are also available. 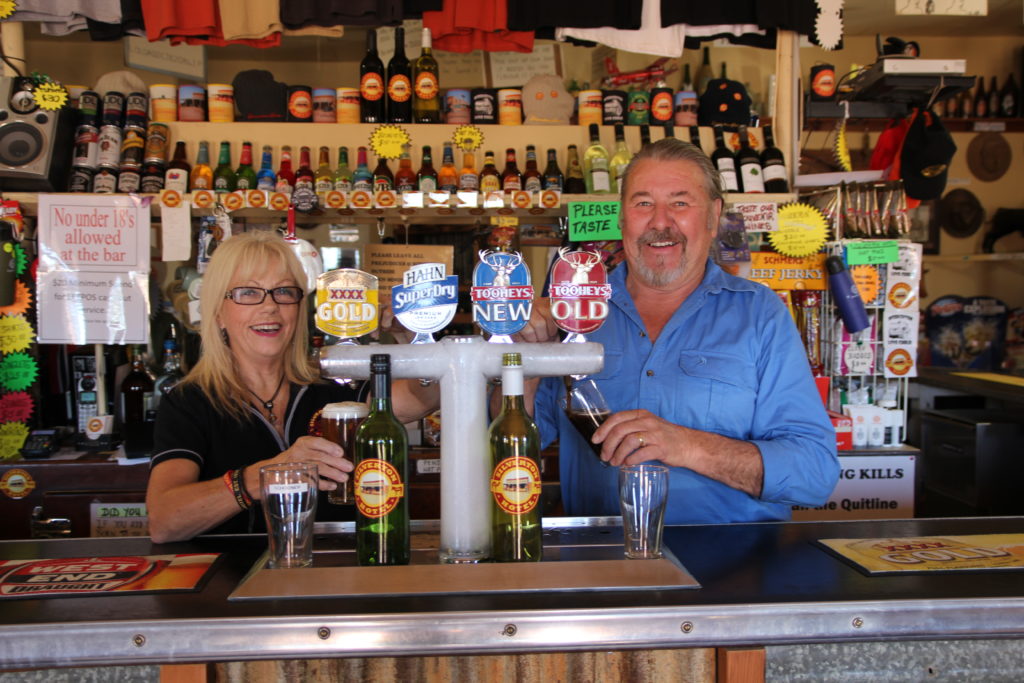 When it comes to the Silverton Pub, the third time is the charm. The original single story hotel was opened in 1884, to cater for the towns growing horde of miners. A two storey model replaced this, only one year later as the growing Silverton population became increasingly thirsty. The building burnt down in 1918 and the then used Silverton Post Office became the current Silverton Hotel.
The ruins of this hotel have been retained adjacent to the accommodation, as it was the birth place of a company as we know today BHP Billiton, a copy of the companies incorporation hangs in the Hotel
While the mining Industry has developed in Broken hill, the Silverton Pub continues to thrive, and has become a mainstay of the film industry.

The film Wake in Fright was filmed on the premise in 1970. It was the start of something big.

Since then there have been so many films, commercials and television shows filmed there that today, no one knows the exact number.
If you have seen Mad Max ll, Razorback, A town Like Alice, Dirty Deeds, The Craig or countless other films, you’ve seen the Silverton Hotel.
The Silverton Hotel is open from 8 am ‘til late every day, except Sunday when it is open 10 am until 10 pm.
Live entertainment on stage in the beer garden takes place on a regular basis through the warmer months.